This article explains the metric annotation mode of Custom Analytics, which can help you import CPI, CPA, CVR, etc from an external source.

In Clarisights, all metrics are stored against entities we call as 'objects'. Each item at a given level constitutes one 'object'. For example, each distinct campaign in Facebook is an object at campaign level; each distinct adgroup in Google Ads is an object at adgroup level, etc. When you look at data for a group of objects - for e.g. looking at a custom dimension "Country" defined at campaign level - you are essentially looking at the aggregate data in all the objects (in this case, campaigns) that have been tagged with each Country. 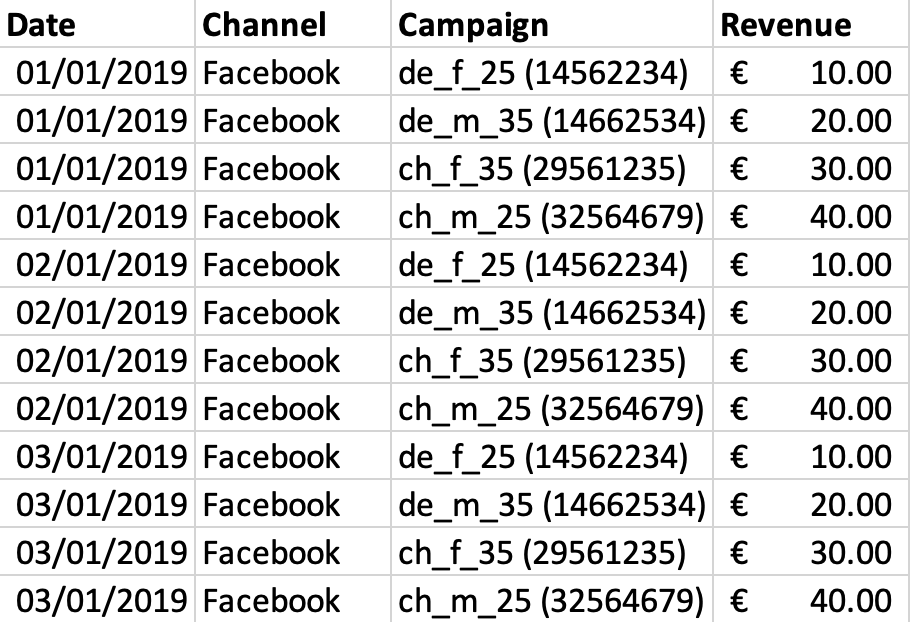 As we can notice, each row uniquely identifies an object (via name and ID) to which the revenue of that row will be attributed.

There are multiple scenarios when you don't want the metrics in one row of a custom analytics file to be attributed to just one object; but to multiple objects in a go. For instance, you might be importing CPI values for an affiliate by city and date; and want all campaigns belonging to each city of that affiliate to have the same CPI value without the hassle of needing to list out all of the individual campaigns in your file. An example file in this case might look like this - 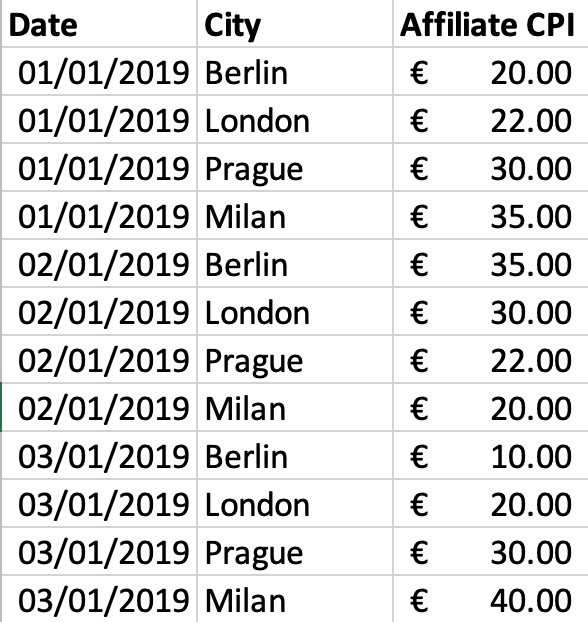 And the primary affiliate data, to which the CPI values need to be joined, might look like this - 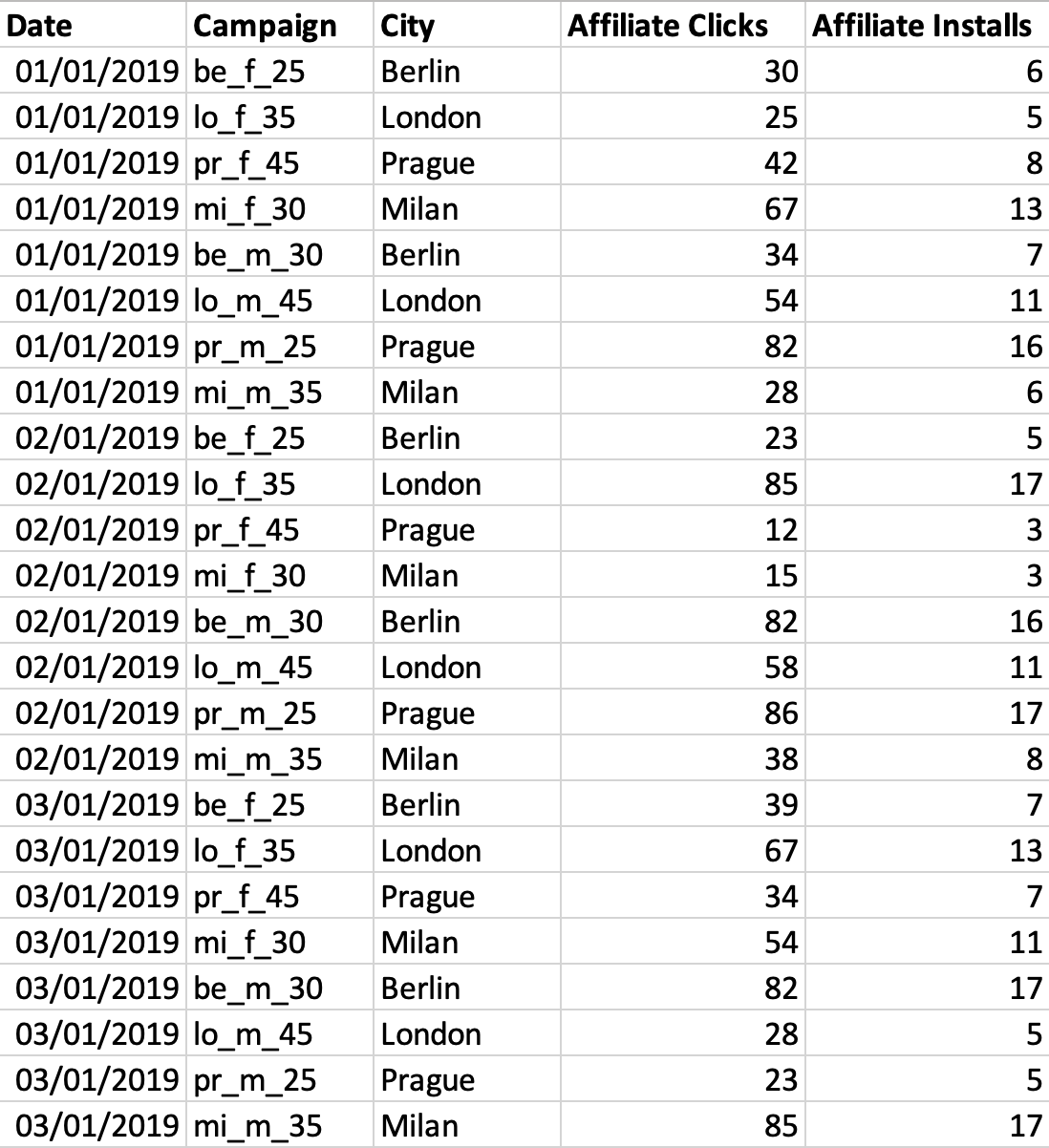 That means, after the custom analytics data is imported, the primary affiliate data would look like the below. You can define a weighted_sum of the Affiliate CPI and Affiliate Installs metrics; and calculate what your actual costs are. 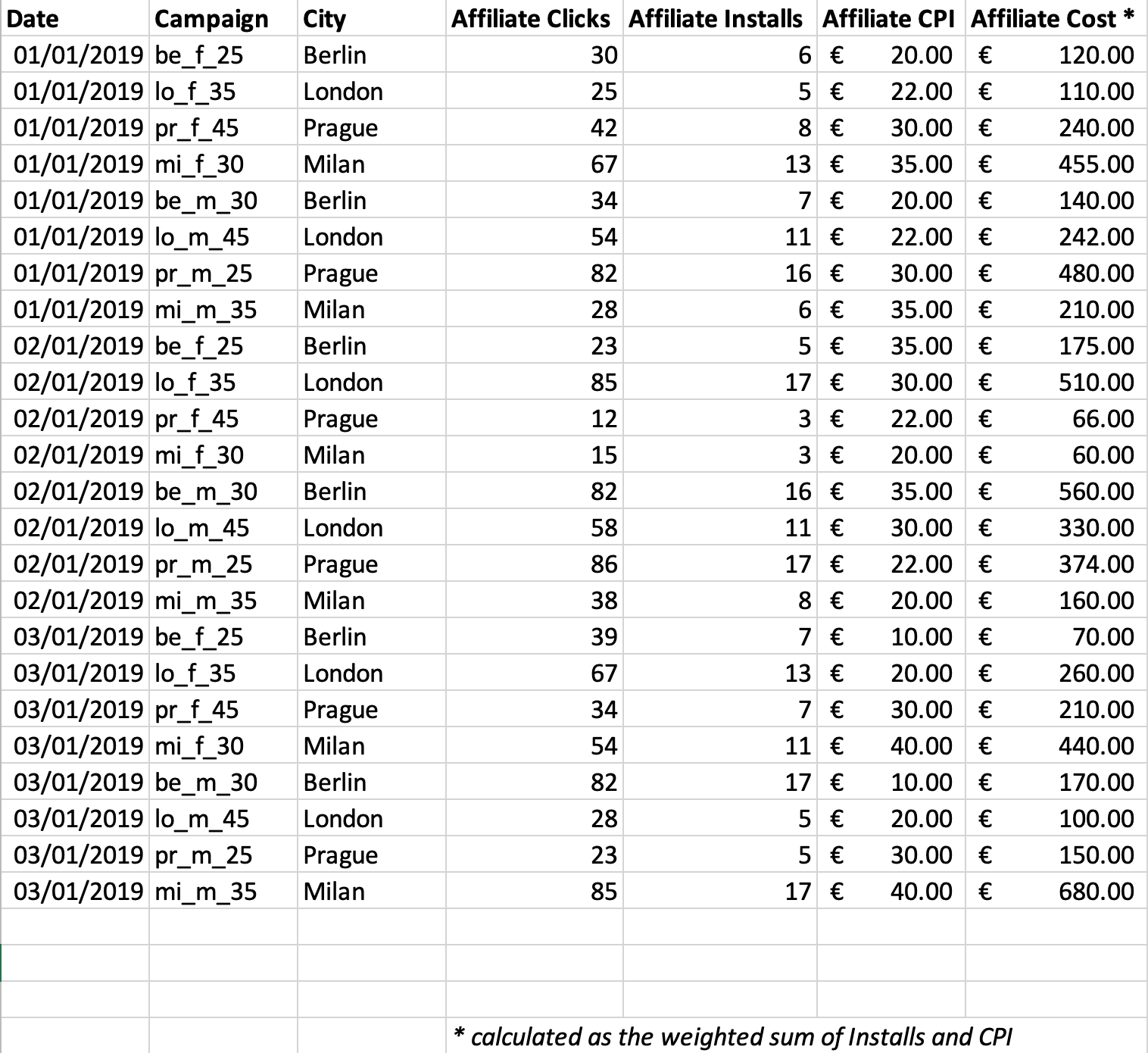 Additional note -
Metric annotation is recommended when you need to import metrics that do not need to be aggregated by themselves, instead will be used to compute another metric. For e.g. the Affiliate CPI metric in the above case, or a CVR metric in another case if you want to multiply Clicks with a standard CVR to calculate Conversions. This is because, metrics imported this way are treated as summable* metrics across all objects they are imported into. In the example above, if you were looking at the aggregate value of Affiliate CPI on Clarisights, you would see €628. Which means, Affiliate CPI is not useful on it's own - its primary utility is to be used in a weighted_sum  function with Affiliate Installs  to calculate Cost (which will be aggregated properly since it is a summable metric).

*Here's an article that explains what summable metrics are.