This articles describes the key differences in the modes of aggregation of data on Clarisights, and highlights two exceptions.

Other than a few of exceptions, all metrics on Clarisights are aggregated in one of the following ways.

Metrics such as cost, clicks, impressions etc - essentially all metrics that do not involve any calculation, and are imported directly from the respective data sources, are aggregated by summing them up across the chosen time range.

For example, if you are looking at the metric AW: Cost across two dimensions - date and city, then the aggregate of AW: Cost is calculated as the sum of the values of each of these rows. 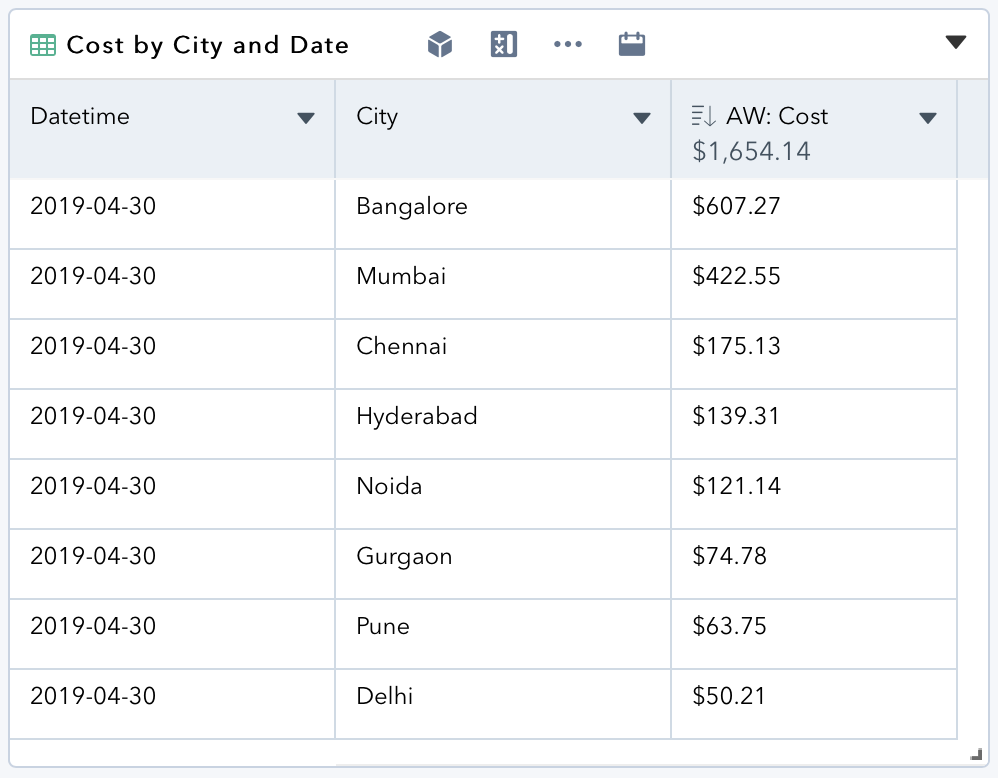 Metrics such as CTR, CPC, CVR, etc - all metrics that involve a calculation over base (summable) metrics; are aggregated by breaking them down into their base constituent metrics, calculating the aggregate of each of those base metrics and then performing the calculation on those aggregates.

For example, in the case of AW: CTR being aggregated across date and city, it is broken down into its constituent metrics - in this case AW: Impressions and AW: Clicks which are in-turn summable metrics. The aggregates of each of these is computed first, and then those aggregates are used to calculate the aggregate of AW: CTR. 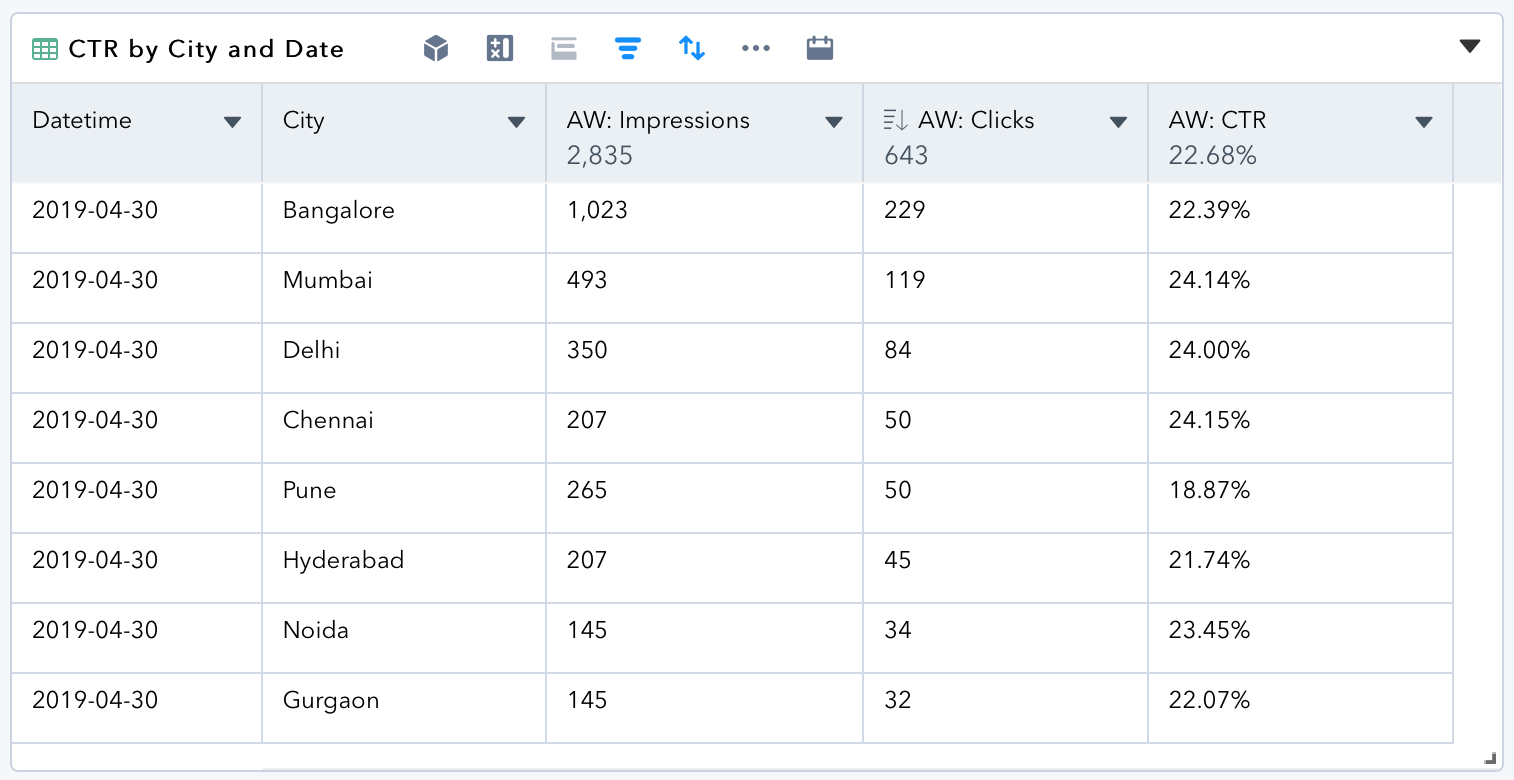 1. Realtime Metrics - There are some metrics that cannot be aggregated based on the data that Clarisights has, and need to be aggregated by the data source itself. The metric FB: Reach is an example. Since FB: Reach is composed of the total number of unique people who have been reached by a given ad, adset etc.; Clarisights is not able to aggregate Reach across multiple ads, adsets etc. (since Clarisights does not have the information on which unique people saw multiple ads or adsets among the chosen selection). In such cases, we pull the metric directly from the datasource (both individual values and aggregate), based on the dimensions and timerange chosen in the widget. It's worth mentioning that since these metrics are queried from the API in real-time, widgets including them would load slower than usual. Also, any custom metrics that are based on realtime metrics would not function.

2. Weighted Sum Metrics - In Clarisights, you can define a special kind of custom metric called a "weighted sum". This is an example of how a weighted sum metric might look like - 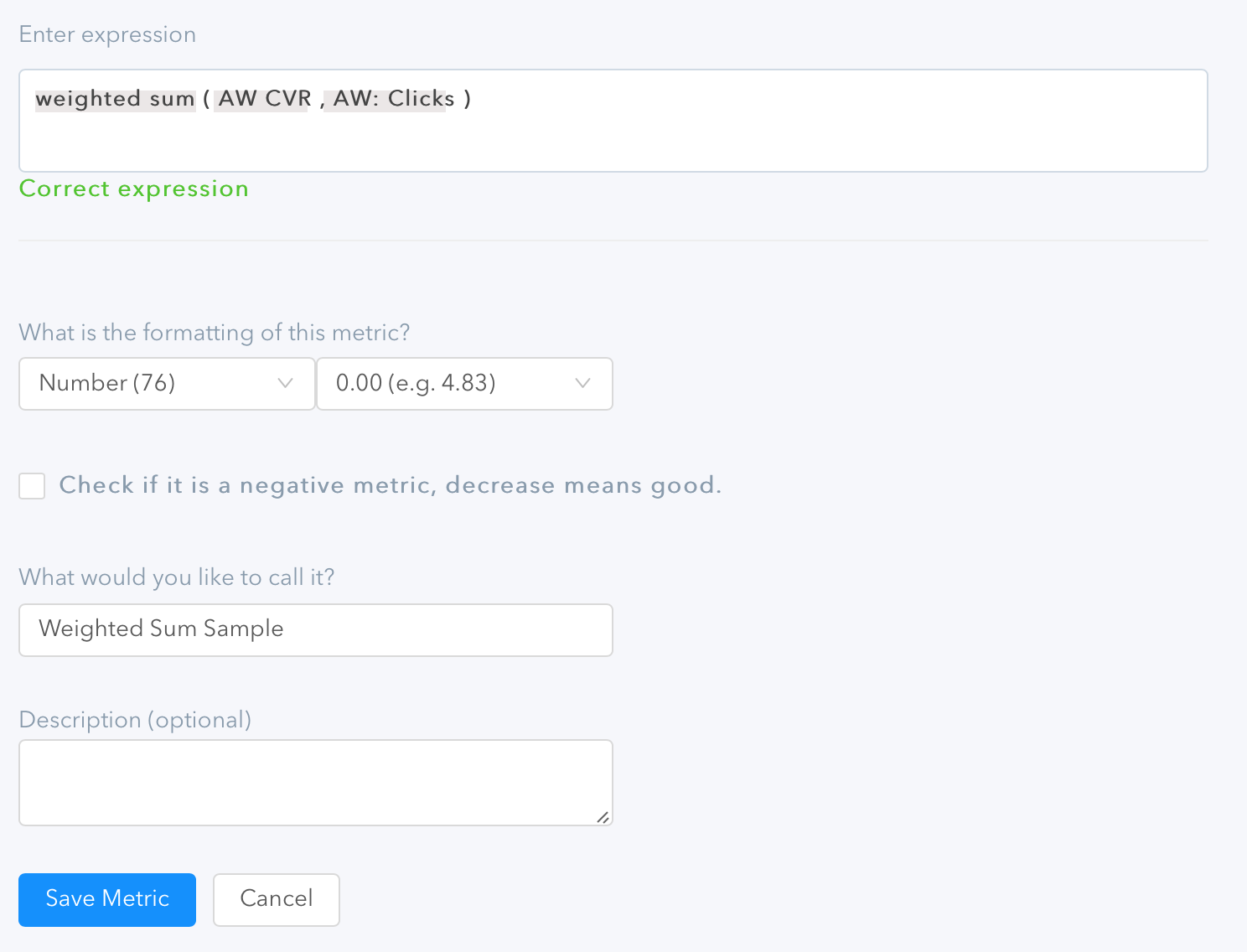 For example, in the below case, the weighted sum is not just a direct product of the two metrics AW CVR and AW: Clicks but the product of these two metrics per object* per day, which gives the final result of Weighted Sum Sample. 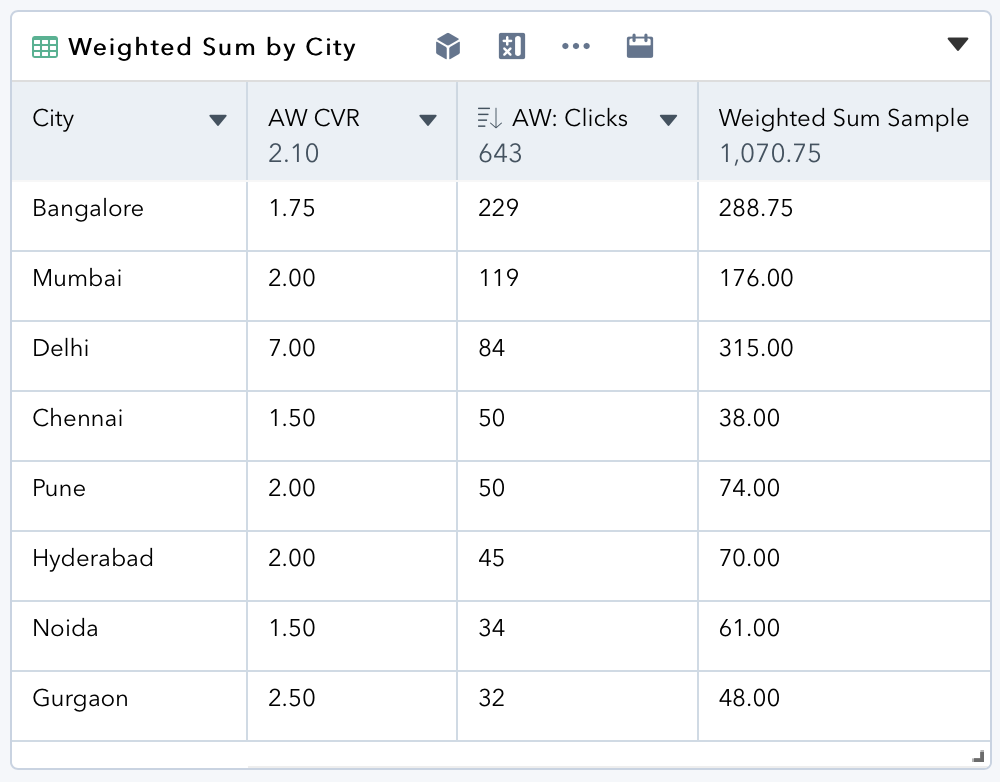 *In Clarisights, all metrics are stored against entities we call as 'objects'. Each item at a given level constitutes one 'object'. For example, each distinct campaign in Facebook is an object at campaign level; each distinct adgroup in Google Ads is an object at adgroup level, etc. When you look at data for a group of objects - for e.g. looking at a custom dimension "Country" defined at campaign level - you are essentially looking at the aggregate data in all the objects (in this case, campaigns) that have been tagged with each Country.